Not Your Nana’s Nutritionist 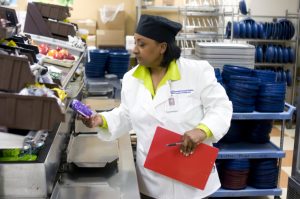 Everybody eats, therefore everybody knows about nutrition. At least that’s what you might think by clicking through various articles and posts about health, food and what you should and shouldn’t eat.

The true nutrition expert is registered dietitian (or registered dietitian nutritionist, abbreviated RD or RDN, respectively). RDs all have a college degree – many have advanced degrees – and completed didactic coursework plus hundreds of hours in internship rotations (unpaid, for the most part!) before sitting for and passing an exam to earn the privilege of putting those precious abbreviations after their names. Not only that, but RDs must complete at least 75 hours of continuing education credit every five years to maintain their credentialing and be allowed to keep those little letters.

What credentialing does a nutritionist need? Nothing, really.

The truth is, while some states have laws on licensure for health professionals, practically anyone can call themselves a nutritionist. Only dietitians can administer medical nutrition therapy and have some of their services covered by insurance providers.

Where can you find an RD?

Traditionally, RDs are found in some kind of clinical setting – working in a hospital or outpatient clinic. They may be developing diets for newly diagnosed diabetics or celiac disease patients, or working alongside cardiologists to help at-risk patients adopt heart-healthy diets, to name a couple of roles. You may envision her as the weight loss specialist (NOT “the food police”) suggesting foods you may want to incorporate into your diet and which to save for special occasions. But hospitals and clinics aren’t the only places where RDs can be found. You may see us in:

Today is National Registered Dietitian Nutritionist Day and a time not only to recognize these allied health professionals, but to also applaud them for the sometimes thankless jobs they are doing. These are people working every day to improve the health and diets of those around us so that we can live longer and better.

For more information, or to locate an RD in your area, visit www.eatright.org.

It’s been a week since I came back from the Academy of Nutrition and Dietetics Food & Nutrition Conference & Expo™ (FNCE®). This year’s event was in Nashville, and it was about four days of nonstop learning, networking, eating (of course) and not enough sleeping. I liken FNCE to a marathon: there is the months-long prep. When you get there you just go, go, go – never giving into exhaustion. When it’s all over, you’re sore and really want a nap. You say, “never again will I put my body through that!” Then before you know it, you’re excitedly planning for the next one!

This year’s FNCE was no exception. It was wonderful to see many dietitian friends, old and new (reportedly there were some 10,000 of us?!?). I spent most of my time in and around the expo hall, which was a treasure trove of food trends. Here’s what stuck most with me:

With all that sampling, I’m happy to say I’m back on my regular sleeping and eating routine. And now I finally have time to watch the recordings of the education sessions I missed!

Disclosure: I consult with NutriBullet but was not asked to write about them nor include them in this post. I have no other affiliations with any other brands or products mentioned. All viewpoints and words are my own.

A few weeks ago I attended the Academy of Nutrition and Dietetics Food & Nutrition Conference & Expo™ (commonly referred to as FNCE®, pronounced FINN-see). This is the annual event in which 8,000 or so registered dietitians and others working in the nutrition field congregate and learn the latest nutrition science and research, sample new products, get a peek at the latest trends, and network like crazy. For me, FNCE is like an annual reunion, where I get to see – or meet for the first time – people I communicate with throughout the year on social media and via email. It’s fun, but hoo boy – is it exhausting!!

Which is probably why it took me this long to write up my FNCE recap. I needed the rest and recovery!

There is so much to do at FNCE, but my main job there was with Welch’s, working the booth and introducing its new Farmer’s Pick by Welch’s line of 100% fruit juices. Still, when I wasn’t at the booth I spent much of the rest of my time on the exhibit floor and came away with the following insights on the latest trends:

Curious to hear from other RDs and the trends they picked up on at FNCE. Leave a note in the comments!

Disclosure: Welch’s is a client, but I was not compensated nor asked to write this post. All thoughts and opinions are my own.

TIME for one more opinion? 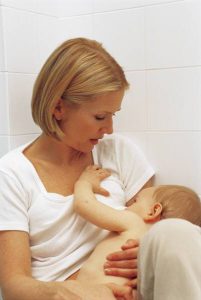 OK, so I finally read the TIME magazine article that people have been buzzing about lately. I know I’m a little late to the game, but hey – I’m a busy mom of young children! Reading of any kind – even getting caught up in the not-so-critical-but-certainly-buzzworthy news of the day – is a bit of a luxury. I’m a subscriber to TIME (and several other magazines…most of which end up in a “to read” pile until the next time I fly and have to turn off all electronic devices.) But this magazine – with *that cover!* – was moved to the top of the pile once it arrived in my mailbox.

Clearly this was a thinly-veiled but nevertheless clever stunt designed to spur debate, boost magazine sales and increase website traffic. I mean, the timing was just right with the magazine hitting newsstands just before Mother’s Day. Bravo, TIME marketing team.

And I’ll admit, I fell prey to TIME’s social experiment. When I first heard about the cover and saw the provocative cover photo, I was outraged. I mean, who is TIME magazine to suggest whether or not I’m “mom enough”? And that picture? With that mother? And that…that…KID? Yuck!

Then I thought to myself: hypocrite.

Breastfeeding rates among women in the U.S. are climbing but we’re still far lower than other first-world nations. And while we can celebrate the fact that 75% of babies born in the U.S. have been breastfed according to the CDC’s 2011 Breastfeeding Report Card, a scant 35% are breastfeeding exclusively at 3 months (meaning the baby is getting formula or some other kind of nourishment in addition to breast milk), and only 44% are continuing to do any kind of breastfeeding by 6 months.

Why are moms not continuing to breastfeed? It’s a complex issue, but the general consensus is that moms don’t have enough support. Whether it’s a lack of baby-friendly hospitals or baby-friendly workplaces, or a glut of meddlesome relatives or unsupportive partners, or a combination of factors – who knows? All I can tell you is that if your 3 YEAR old is coming at you as his own personal bubbler, you are WAAAAYYY ahead of the game. And I should be applauding that.

You see, the TIME magazine cover gave me a sense of where the breastfeeding bashers are coming from. They want nursing moms not to “flaunt” breastfeeding, to put the boob and baby away and nurse in a dressing room or in a hiding spot away from the general public so they can go on with their normal lives of dressing little kids up as tarts and having young men wear their underwear above their pants. Because seeing a baby pressed up to a breast makes people uncomfortable. Even if we don’t actually “see” it, we KNOW what’s going on under that hooter-hider.

My main beef about the TIME piece is that the article really didn’t address any of this. You flip through the magazine, looking for more info about that sexy young mom with her preschooler appendage, but all you find are smiling pictures of a 72-year-old man. In fact, the article was all about Dr. Sears and attachment parenting and how the whole philosophy is based on single anecdotal observations by Mrs. Sears in her childhood and by some lady who went to Venezuela a lot instead of finishing college. As a dietitian who believes in an evidence-based approach, this is appalling.

A not-so-minor-side-“beef” with this article: in one fleeting bit near the end is a gloss-over on Dr. Sears’ controversial stance on vaccinations. It’s not mentioned directly (in the passage a mother was discussing “whether to vaccinate” her 6-month-old during her child’s routine checkup), but Sears advocates an extended schedule for vaccinating, which has no real scientific basis and could actually introduce more harm than do good. Does he also advocate slowly removing band-aids, bit-by-bit, so as not to stress the child excessively? I wonder.

But I digress. Look, TIME magazine was clearly out to make people think and talk, and talk they did. But will it help boost breastfeeding rates, or will it set us back even further as the stigma of breastfeeding is perpetuated?  We shall see.