A Sprinkle Of Sage... 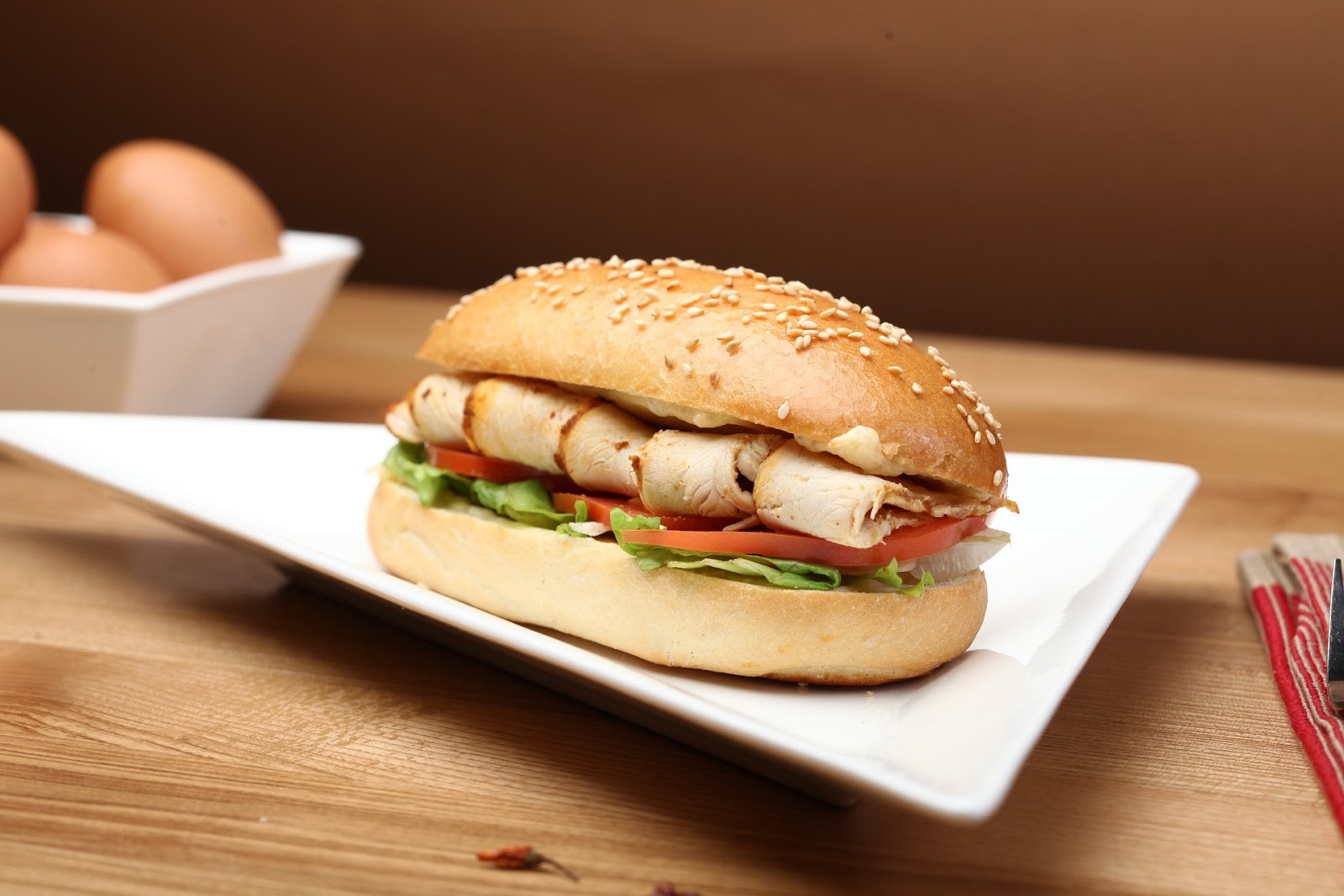 Step up your sandwich game

They’re quick and easy to make, but many people don’t take advantage of all of the tasty ingredients that can be added to a sandwich. Get creative and think beyond the basic sandwich equation of 2 slices bread + 3 slices turkey = 1 boring sandwich. In fact, according to national survey data, the most commonly consumed sandwiches in the U.S. use cold-cuts, burgers and poultry as their protein source. In honor of National Sandwich Day, here are some tips on how to dress it up and make your sandwich a piece of art!

Just keep in mind: the best sandwich is the one you like. Interested in defining your sandwich choices? Mashable released this great Sandwich Alignment Chart. Check it out and find out if you’re more of a sandwich purist or rebel!

One of my favorite sandwiches is cucumber, bean sprouts, onions, and poppy seed dressing on two slices of hearty whole grain bread. Have any other tips to creating a sandwich masterpiece? Or want to share your favorite recipe? Post below! 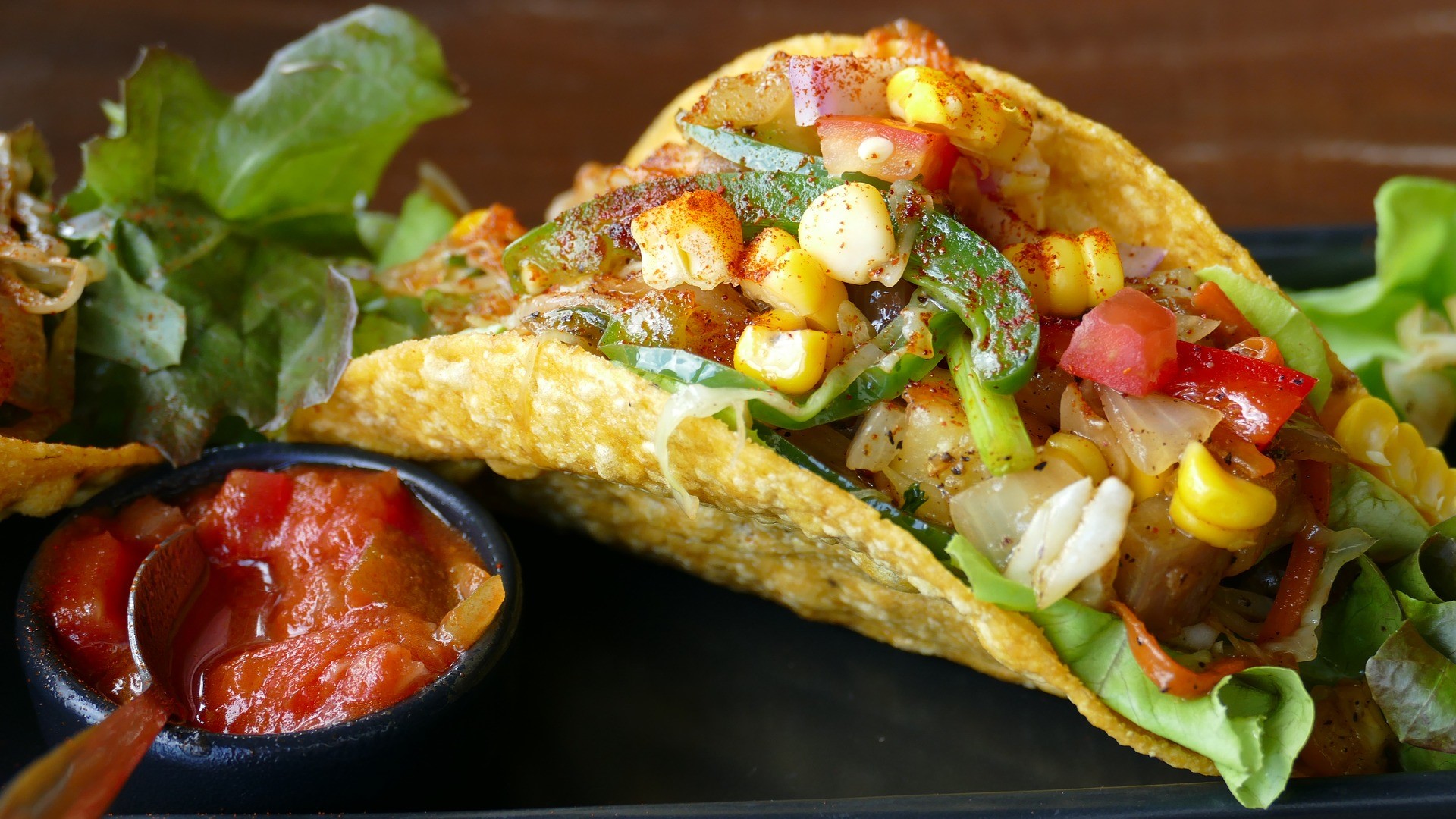 Talkin’ About Tacos {Plus: Contest Alert!}

Few food holidays get me more excited than National Taco Day, which is today! Tacos are perhaps the one meal my little family can all agree on, and one that my kids will eat without (too much) complaint. That’s because tacos are the ultimate finger food, are endlessly customizable, and can be served up in a variety of ways. Follow these basics to make taco night new and interesting each time you serve it up!

The fillings, toppings, and combinations are endless with this extremely versatile food! There’s no right or wrong way to build a taco. And for your little ones, you can make them as kid-friendly as you’d like! Here’s one of my new favorites from my friend and fellow dietitian, Sara Haas. I use a combo of ground turkey and pinto beans for my recipe.

Adiós amigos and enjoy your tacos!

P.S. I just found out about a great contest from Uncle Ben’s. The Uncle Ben’s® Ben’s Beginners™ Cooking Contest inspires families to cook together. Enter online before midnight Monday, October 9, 2017 for a chance to win $15,000 for your family and $30,000 for a school cafeteria makeover. I have no affiliation with this contest nor am I being paid to promote it, but how could I not let you know about this amazing chance to win some serious cash not just for you, but for your school??? Five winners will be chosen. 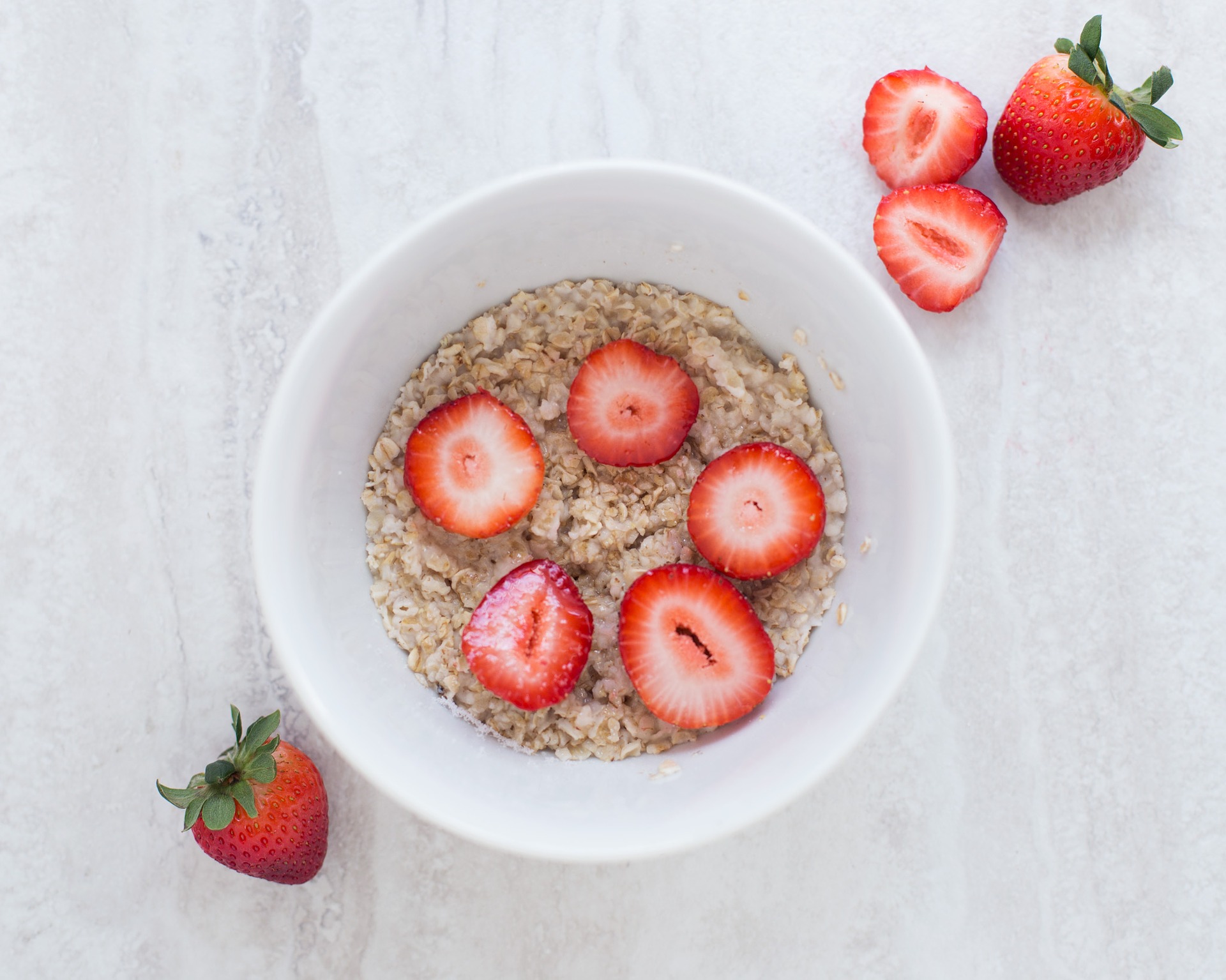 Fall Back in Love with Oatmeal

The fall season is officially upon us, despite what the outdoor thermometer is saying (is it really 90 degrees outside right now???) And with September as Whole Grains Month, I’d like to shine a spotlight on my favorite whole grain: oatmeal.

While autumn’s crisp morning air might motivate me to cook up some oatmeal for breakfast, the truth is that oatmeal is a year-round staple in my house. It’s one of my favorite foods because it’s so nutritious and versatile. I use it mostly in these three ways:

I gotta admit, overnight oats makes for Instagram-worthy photos with pretty mason jars and colorful toppings, but the trend is totally lost on me. The whole process of making hot oatmeal in the morning takes less than 5 minutes from start to finish, so I never felt the need to prep it the night before. Besides, when I make oatmeal, it’s to warm me both inside and out, starting with my hands as I cup the piping hot bowl. I’ll sit there with my bowl, breathing in the cinnamon-y aroma while the oatmeal itself cools just enough so it won’t burn my tongue. As it cools it transforms to a gelatinous, thick porridge that’s both hearty and nutritious.

I wish I could take credit for this genius idea, but I got the recipe from a cookbook many years ago. This same recipe introduced me to the idea of using muffin tins beyond making actual muffins, well before it became trendy. When you use oatmeal in place of breadcrumbs, the result is a meatloaf that’s a little more fluffy, but also a little less stable. Still, it’s very yummy!

I can’t remember how I came across this idea, but this is one of my favorite concoctions, especially as a post-run smoothie. I love green smoothies using kale or spinach as a base, but then the rest is similar to my Most Perfect Oatmeal recipe: ½ cup frozen berries, ½ frozen banana, ½ cup kefir or milk, ½ cup almondmilk or water, 1/3 cup dried old-fashioned oats, dash of cinnamon and vanilla, and voila! Sometimes I add almonds for extra protein.

What I love most about oatmeal is that it’s inexpensive and superbly nutritious. It’s a good source of fiber, and the type of fiber (beta-glucan) has been proven to lower cholesterol. It’s also low in fat and sodium – all the markers of a heart-healthy food. For all this nutrition, I can make about 30 bowls of oatmeal using a $4 canister. And, because I’m making oatmeal from just rolled oats, I’m in charge of how much sugar to add (or not).

If you have a favorite or unique way of using oatmeal, please share!

Disclosure: none. I do not work with any oat companies or brands. All opinions and messages are my own.

I scream, you scream – for National Ice Cream Cone Day

{Today’s post was written by the Sage Leaf Communications intern. This is the first of hopefully many posts by her.} 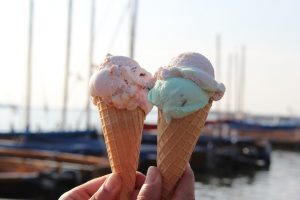 A balanced diet is an ice cream cone in each hand

If there’s one food I could never resist that would be ice cream. It may be one of my biggest weaknesses. But an even bigger weakness? Ice cream in a cone. I’m pretty sure that my first true love in life was an ice cream cone. It’s such a nice treat, especially on a hot summer day or, on a day like today – which happens to be National Ice Cream Cone Day.

Partly what makes an ice cream cone such a treat is how rarely I eat one. Or, if you’re like Elana, you eat ice cream nearly every single day. We’re not the food police, but we can offer some tips to enjoy that delicious cone:

Either way, enjoy that cone, and happy National Ice Cream Cone Day! Just be sure to eat your vegetables tomorrow.