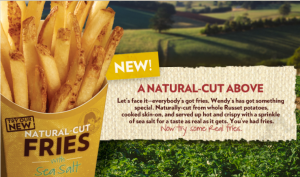 Yesterday I decided to treat myself to a rare manicure/pedicure and to try out a new-ish place near my home. I seriously doubt I’ll be going back. Not only do I have cuts in my cuticles, but this was the only nail salon I’d ever been to that didn’t have a wide selection of mindless magazines (yes, I love celebrity gossip but I limit my rag reading to airports, nail salons and the People magazine feed on my yahoo page). So, stuck in a vibrating massage chair that was making my pregnant belly a bit nauseous and in a dead zone of cell phone range so I couldn’t catch up on facebook or tweet away my boredom, I found myself stuck watching the television mounted on the wall almost directly in front of me. Typical of Saturday afternoon nail salon options, this TV was tuned to a station that was airing infomercial after infomercial. I was mildly amused by the SINGLE PIECE OF GYM EQUIPMENT that you need to use JUST 6-8 MINUTES A DAY (hey, if Chuck Norris, Christie Brinkley and Steve Guttenberg say it worked for them…) and the 9-CD set of the greatest love songs ever recorded – all from the 1950s that could be mine, and if I call in the next 10 minutes… But then I really started to get annoyed when the information for a pain remedy came on.

This paid advertisement was done interview-style with two jock-looking middle-aged guys. The interviewer had a mildly Boston accent, but he barely got in a word edgewise over his interviewee, a “well-known health and wellness expert” (someone I’d never heard of) who wouldn’t stop raving about this product that supposedly cured his decades-long bout with pain as a result of a childhood surgery, his stint as an American Gladiator, and so on. The story goes that one day this guy was complaining about his pain to a friend, when a woman out of nowhere came up to him and said, “you gotta try this.” After protesting that he’d already tried everything, he told the lady he’d try her pill. After 2-3 weeks of taking this pill from a stranger and feeling no different, one day he realized he was sleeping better and, gosh darn it, he had no more pain. Now, I’m not sure I’d be so trusting of a stranger handing me pills I’d never heard of before, and then taking them daily for weeks at a time, but logical arguments have no place in infomercials.

What apparently sets this particular pill apart from the others he’d had tried is that it was totally natural, did not have claims that other, gasp, DRUGS, carry with them and so forth. In fact, he harped about all-natural, bashed pharma, and spoke about God and fate and so on. He was actually somewhat convincing, which was both scary and making me angry.

The problem with this infomercial – and in general with taking things at face value – is that this story is completely one-sided and so completely distorted the facts. Let’s break down two of the most egregious points:

1. This product is all-natural, with ingredients created by God, so it’s better than pharmaceutical treatments. WRONG. There are plenty of things found in nature – even things that seem to be edible – that are in fact very poisonous. Look at Arsenic, an element found on the periodic table (doesn’t get more basic than that). Or holly berries – look luscious but are toxic. Or oleander – a beautiful flower that is completely poisonous…even burning it can cause damage to one’s lungs. 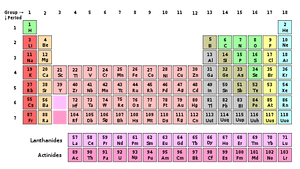 2. Pharmaceuticals have terrible side effects – just watch the commericals…it’s laughable. Some even say this drug can result in death! That’s because the pharmaceutical industry, which is heavily regulated by the Food and Drug Administration, is REQUIRED to disclose all potential side effects uncovered after rigorous, years-long research. Supplements and herbal remedies such as this product have no such oversight. It’s truly buyer-beware.

Why did this infomercial strike such a nerve, and why am I devoting space to it on a nutrition-focused blog? Well, because I see similar waves of righteousness when it comes to food. More and more products in the marketplace are touting labels such as “all-natural” and the like. And while natural may be great, that doesn’t necessarily mean it’s better. Also, unlike “organic,” the adjective “natural” has no formal definition and is not regulated by government agencies (in comparison, in order for a product to carry an “organic” label, it must meet certain stringent requirements by the USDA, and other front-of-label claims must meet FDA labeling requirements).

I’m also sensitive to the issue given the recent discussions by an FDA advisory panel about artificial dyes in food. This will be the subject of another post, but to preview my initial feeling about this debate and last week’s outcome – I’m very concerned that we’re too quick to give health halos to “God-grown” food and disregard manufactured food. Thanks to the industrial revolution and advances in food manufacturing, we can have loaves of bread (tastier than chewing on a wheat kernel), homogenized and pasteurized milk and milk products (I for one would rather not suck directly from a cow’s teat), and other creature comforts that are actually good for you despite being milled or manufactured in a processing plant. We have also made huge public health strides by reducing instances of birth defects thanks to fortifying enriched wheat products with folic acid, and reducing preventable mental retardation due to iodide deficiency by adding iodine (another periodic table element) to salt.

While I don’t argue that a fresh picked apple is more nutritious than a vitamin-c-enriched fruit roll-up, or that we shouldn’t question current policies due to new advances in research, I do feel like we all need to take a big, deep breath, stop pointing fingers at “bad” industry/government and instead do the best you can with the information you have today. Trust the experts who make it their jobs to learn more about food, health and safety – not the stranger who hands you a miracle pill – and do your own research as well. And just because it came from the Earth doesn’t necessarily mean it’ll keep you healthy.